A SPECTACULAR EXAMPLE OF MODERN ARCHITECTURE AND BUILDING TECHNOLOGIES

The ANZ Centre is a spectacular example of modern architecture and building technologies.

Some interesting facts about the ANZ Centre, which is being built by Leighs Construction: Bulk excavation for the building was 15,500m3 of material.

If all the reinforcing bars in the concrete slabs were laid end on end, they would cover the length of Colombo Street 41 times. The timber battens to the atrium lobby walls, if joined end on end, would wrap around Hagley Park three times. The area of engineered facade (glass) to the building is equivalent to the size of 10 netball courts if laid out flat.

It would take 10 Boeing 747s at full thrust to engage the seismic isolators under the building. 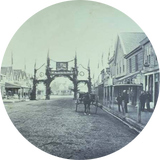 The area becomes Christchurch's first commercial precinct and is home to the first chemist, hotel, restaurant, post office, fire station and Customs House. The Cobb & Co office was based here with coaches departing for Papanui, Ricccarton and the outlying settlements at Kaiapoi, Rangiora and Oxford.

High Street is the first of the surveyed roads where ground was broken and sod turned. 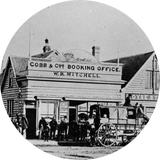 Cobb & Co coaches carry passengers from the Triangle Centre to Timaru and the goldfields of the West Coast.

The name 'Triangle Corner' first appears in The Lyttelton Times, earning its name from the three roads of Colombo, Cashel and High Streets. 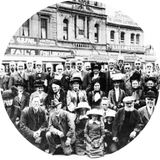 The surviving settlers from the first four ships posed for a photo at Triangle Corner as it was considered an historical site where most of the settlers arrived in the city. 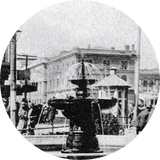 The original gas lamp standard is replaced by a triangular flower bed, with a fountain at the centre. 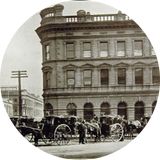 The last of the hansom cabs leaves Triangle Corner and is replaced by a taxi rank. 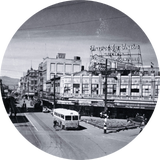 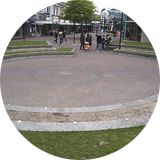 Flowerbed and fountain removed for the first stage of the City Mall. 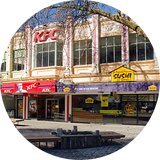 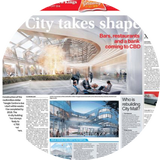 Triangle Corner, as it was known in the 1860s, was Christchurch's first commercial precinct, housing the city's first chemist, hotel, restaurant, post office and fire station. It was considered an historical site by the first settlers with many saying it was the focal point of their arrival. In 1900, the surviving settlers from the first four ships posed there for a photo.

From the 1850s, Cobb & Co had their booking office at Triangle Corner and from here coaches departed to Papanui, Riccarton and further afield including the West Coast gold fields. Hansom cabs were a familiar sight here until the 1940s and it continued a taxi rank into the 1960s.

The above photo was taken in 1913 at the junction of High and Cashel Streets. At the centre of the photo is the original Hallenstein Brothers building, right on the same spot as the new Hallensteins Glassons flagship store in the ANZ Centre a century later.

The 1980s saw the area evolve into the Triangle Centre we knew before the quakes and now it has again reinvented itself, once more becoming the hub of Christchurch's commercial business district. 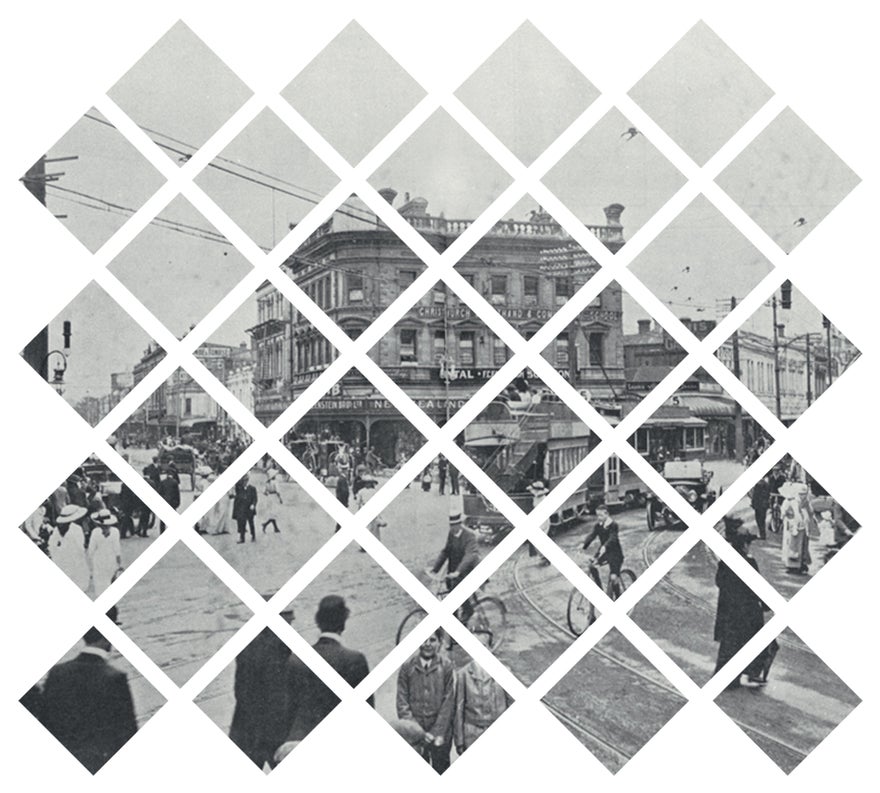